There is a pervasive American myth that people should be able to pull themselves up by their own bootstraps. If people work hard, the story goes, they’ll be able to rise up and achieve success. This doesn’t work so well when you have access to fewer opportunities or when people hold implicit and explicit biases against you because of your skin color or the way your name sounds. The playing field isn’t equal when it comes to jobs.

Studies have repeatedly found that employers are less likely to respond to equally qualified job candidates if they have Black-sounding names or other indicators of their race on their resume. You can read more about this in one example: “‘Resume whitening’ doubles callbacks for minority job candidates, study finds.“

And for those that do find employment, there’s still a good chance that they won’t be paid as much as their white counterparts. In fact, the wage gap between Blacks and whites is the worst it has been in nearly 40 years.

A particularly shocking example of this happened to the self-styled urban scientist and writer Danielle N. Lee, who was asked to contribute to an online blog for free. When she declined, the editor of the blog asked if “see was an urban scientist or an urban whore.” She detailed the exchange here. This kind of expectation of free labor often disproportionately affects Black people.

It’s also important to note that Black employees also have to deal with the stress of living while Black. This includes weathering everything from microaggressions to daily news reports of unarmed Black civilians shot by police in the street. To say that those experiences do not take a toll on Black employees or make it more challenging to perform well at work is to deny reality. Today’s video by Evelyn from the Internets breaks down what it means to deal with that trauma and need to “Call in Black.” 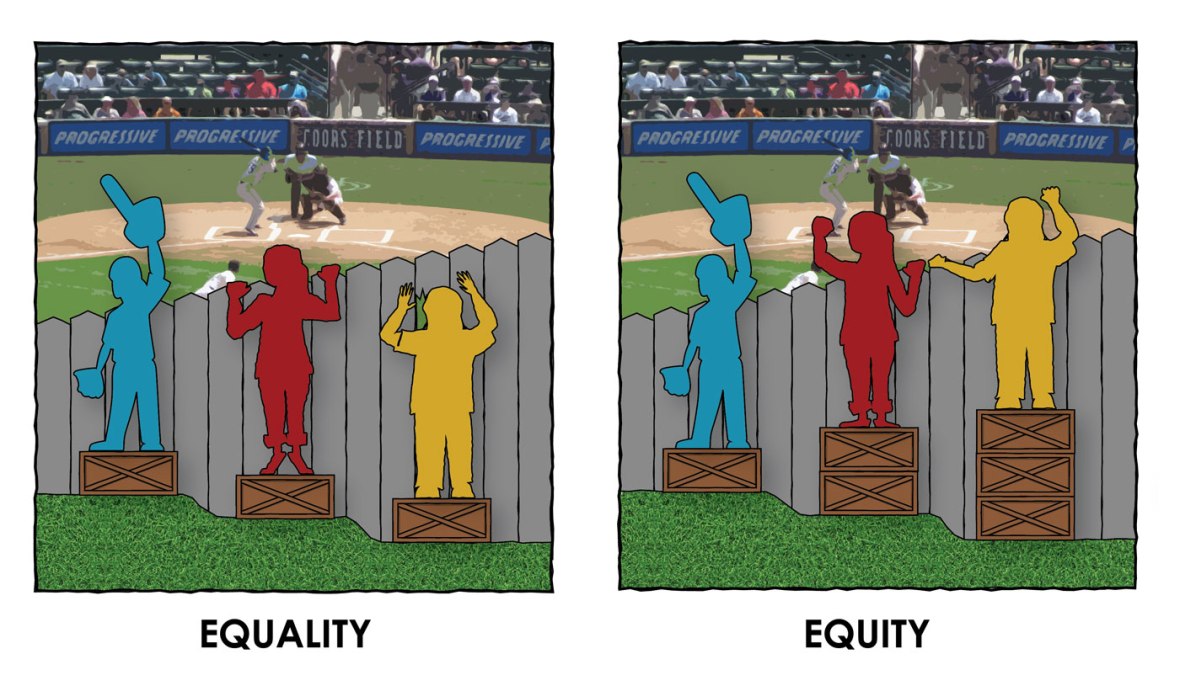 Paul Cuttner of Cultural Organizing introduces some well-thought-out images and descriptions to illustrate these concepts, including the image above.