Welcome to week two of This Is Black Light. We’re moving from the theme of Governance, Democracy, and Revolution to a closely tied theme: Justice and Injustice.

We’re starting off with an update on policing, which we covered in the last season of posts. That post featured work by the website Mapping Police Violence. They’ve updated their site with sobering statistics from 2017 that you should take a moment to absorb – along with some of the potential solutions. 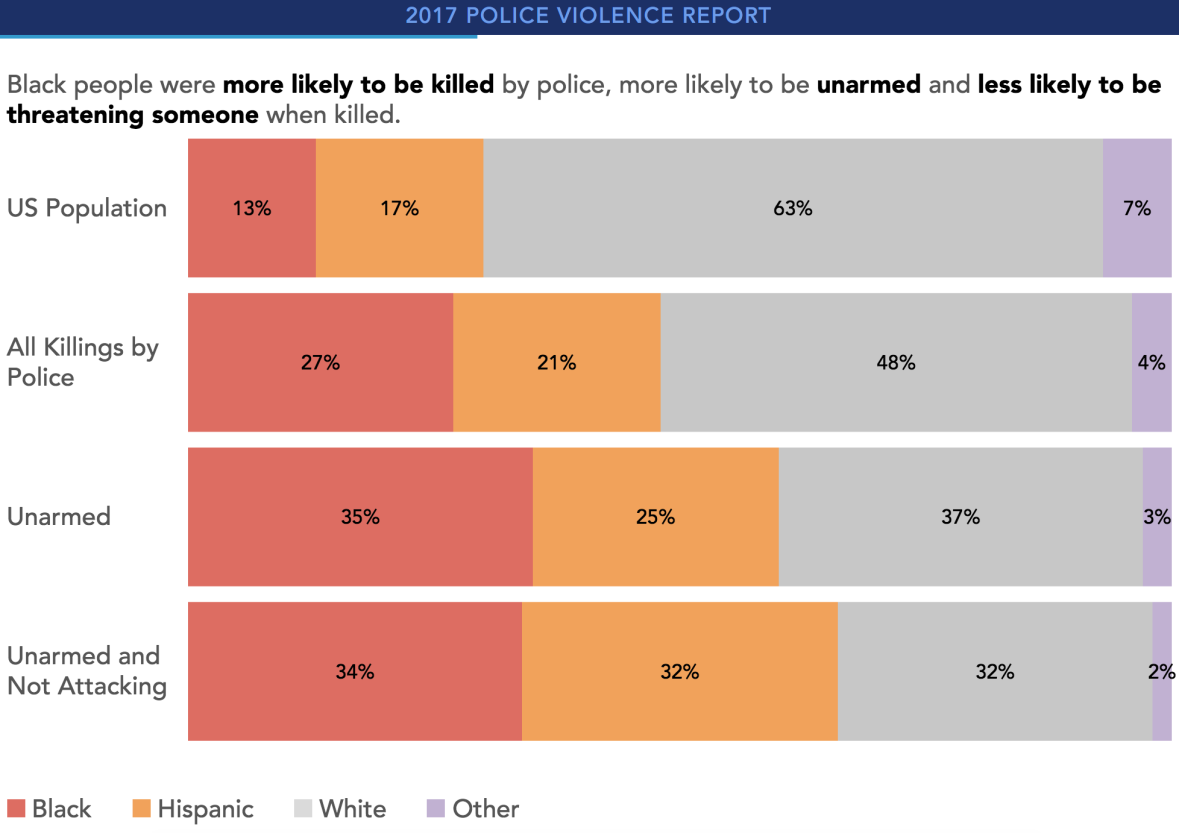 Among those statistics: 1,147 people were killed by police in 2017, 92 percent of them through police shootings. Officers were charged with a crime in only 13 of those cases, and nine of those involved video evidence captured by police body cameras or dash cams.

Body-worn cameras (BWCs) have been making their way into police departments around the country, and were expected to play a major role in reducing the number of incidents of police using force, as well as reducing the number of citizen complaints. The largest study so far, however, found that “BWCs had no detectable, meaningful effect on documented uses of force.” The study, which released results in October 2017, tracked 2000 officers in DC over seven months – and concluded that we should “recalibrate our expectations” of BWCs making large-scale changes in law enforcement.

Of course, reducing use of force isn’t the only benefit of BWCs. As reported by The New York Times, “Even if cameras do not reduce violent encounters, they can still offer other kinds of benefits: for training, or to hold a rogue officer accountable after the fact.” (Though there are also drawbacks to keep in mind, particularly mass surveillance of already over-policed communities).  But it’s also important to note that even video evidence can often be explained away. As Rachel Levinson-Waldman of the Brennan Center for Justice at NYU Law explained in a different article:

“One, police are legally given a huge amount of deference. So when a police officer says ‘I feared for my life,’ that is given a lot of weight. Two, I think jurors are thinking, ‘Well, I wasn’t there. I didn’t see everything.’ And then, it becomes a question of who do you believe more. And lastly, I think that to some extent there is bias in the system.”

If you’re curious to learn more about body-worn cameras and how police departments use them, The Leadership Conference maintains a Policy Scorecard for law enforcement in dozens of cities and counties across the United States. The scorecard looks at lots of things that departments using BWCs should have in place, such as limiting officer discretion on when to record, addressing personal privacy concerns, protecting footage against tampering and misuse, and making footage available to individuals filing complaints. How are your nearby cities doing? 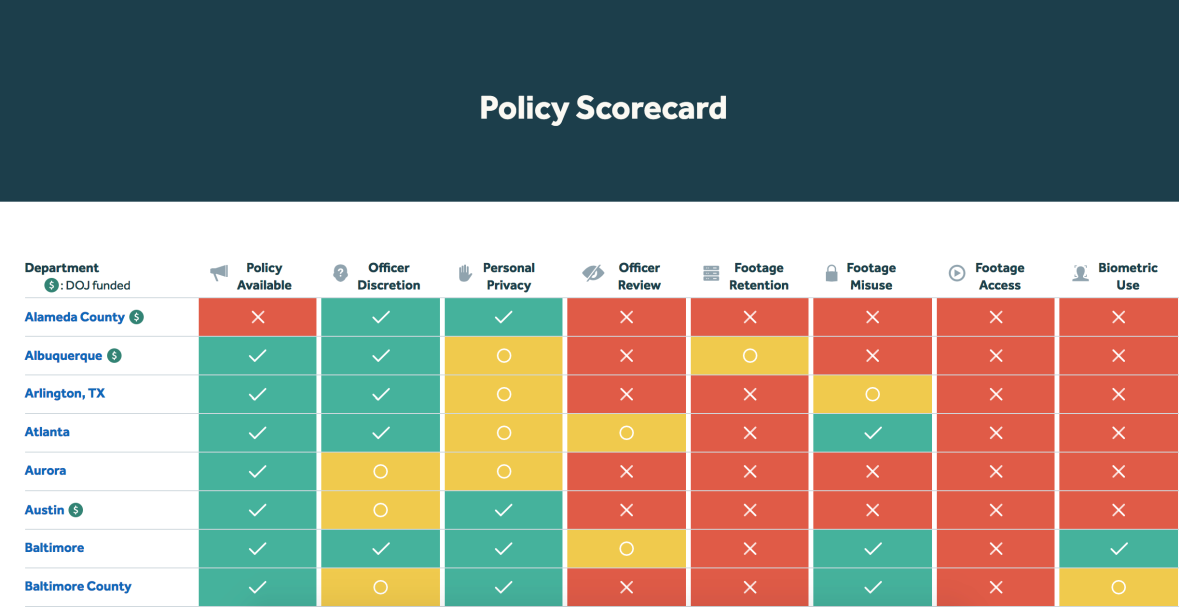 Increased police presence, with or without BWCs, is also an issue somewhere people might not immediately think of: in gentrifying neighborhoods. Along with the hipster coffeeshops and white people also come complaints to law enforcement for minor offenses, breaking the previously established norms of the community. It’s covered in this article in The Atlantic.

“The theory goes that as demographics shift, activity that was previously considered normal becomes suspicious, and newcomers—many of whom are white—are more inclined to get law enforcement involved. Loitering, people hanging out in the street, and noise violations often get reported, especially in racially diverse neighborhoods.”

Paul Butler, a former federal prosecutor and the author of the book “Chokehold: Policing Black Men,” notes in the article that gentrification becomes another form of colonization, where white people move into the neighborhood and take what they want, often using law enforcement to take over public spaces. Chanda Prescod-Weinstein references The Atlantic article, but also expands to the discussion to include the intersection of gentrification and science.

One last point from The Atlantic is how gentrification impacts the criminal justice system. Increasingly white cities have increasingly white juries, though the population may still be primarily minorities.

“Jurors often have different life experiences based on their race. And so if the defense is ‘the police lied’ or ‘the police planted evidence,’ that’s something that an African American or a Latino juror might well believe or find credible… A white person might find that hard to believe based on that person’s experience with the police.” – Paul Butler

Speaking of which, “Baltimore Cops Kept Toy Guns to Plant Just in Case They Shot an Unarmed Person” is a hell of a headline to come out of a recent case. The Baltimore Sun is pulling out “notable testimony from the Baltimore Police Gun Trace Task Force corruption trial” – and if that’s not the understatement of the day, I don’t know what is.

Today’s banner image is by Tony Webster via Wikimedia Commons.