We’re on to Week 3 of This Is Black Light. Our theme this week is all things Between the Cracks. The interstices. The extra little things that you might not notice or think about. And we’re starting off with today’s post about being Black – and being Black “enough”.

First, let’s start with some music by the amazing Somi.

Being biracial or multiracial often means living in two or more worlds, and at times feeling at home in neither. In Episode 6 of The Washington Post’s “Historically Black” podcast, four women share their personal experiences and exploration with Blackness. (A brief summary is also available on The Washington Post for subscribers, but you should really listen to the full podcast). One of the women, Marcelle Hutchins, was born in Cameroon but moved to the United States when she was 8.

She says that “for as long as I can remember I’ve always been told that I’m not ‘black enough’ from various people – black and white – because of the way I talk, dress, my Caucasian adopted family and my relationship with men of different races and ethnic backgrounds.”

From looks to language to color to clothes, it seems that any deviation from the stereotypes of being Black is reason for white people to question “how Black” someone is. And perhaps no one in recent memory has had more think pieces about whether they are Black enough than Barack Obama. You can see a shit-ton of examples in this article from The Atlantic. Not even the President of the United States can escape it. 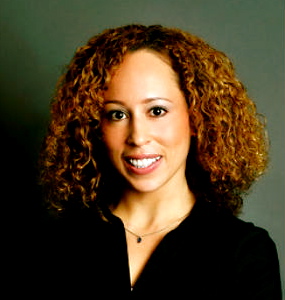 In a Vox article, Jenée Desmond-Harris lays out six things she wishes people knew about being biracial:

Adjacent to the biases, questions, and scrutiny faced by biracial people is colorism, which we can broadly define as bias or prejudice based on skin color (with darker people facing harsher, more negative judgement than those with lighter skin). Colorism operates both between and within racial groups– while, for example, a white person holding bias against Black people in general would be racist, it’s also been shown that (for example) Black youth with darker skin tone are often judged to be older, and are more often associated with criminality that their lighter peers.

In truth, skin color (like any apparent trait) is complex– not only from a scientific standpoint, but in how they manifest different realities and lived experiences for people. Even shows that tackle issues of race struggle to address these complex topics (for example Blackish starring the Golden-Globe nominated Tracee Ellis Ross, doesn’t address the issue of colorism in what is otherwise a groundbreaking show that deals with racial issues.)

Luckily some people do. In this powerful essay, Dr. Chanda Prescod-Weinstein delves into the micro- and macroscopic life of melanin, both within and beyond the skin.