Considering the song she released earlier this week, I think we have to start with Janelle Monáe, the badass Afrofuturist musical goddess. Monáe’s alter-ego is the android Cindi Mayweather, and many of her songs have focused on androids, an embodiment of “the Other.” Cindi Mayweather is a mass-produced android in 2719 who falls in love with a human and is scheduled for disassembly. In the short film accompanying her song “Many Moons,” Mayweather performs for a crowd of billionaires that are buying other androids at the Annual Android Auction.

A Pitchfork Review of her major debut album The ArchAndroid described: “Monáe’s sci-fi mythology is an inspired addition to the rich canon of Afrofuturist art … The first of the two suites mainly deals with identity and self-realization; the second is essentially a set of love songs. As with all the musical genres blended into The ArchAndroid, Monáe uses the conventions of science fiction as a means of communication, tapping into mythic archetypes for their immediate resonance and power.”

I love Monáe’s past music, but holy cow. The two new songs she has released off of her upcoming album Dirty Computer… are insanely good. “Make Me Feel” is a beautiful love letter to bisexuality that is Prince-level of funky fresh (also: that lipstick game in outta sight!). And “Django Jane” is fire. It’s an instant classic, an anthem of Black female empowerment, and also one that champions African imagery, identity, culture.. To pull one of my favorite chunks:

Y’all can’t ban it, made out like a bandit

They been trying hard just to make us all vanish

I suggest they put a flag on a whole ‘nother planet” 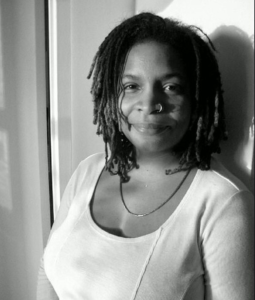 Nalo Hopkinson is a prolific Jamaican-Canadian science fiction author who teaches creative writing at University of California Riverside. Here on CBC Arts, Hopkinson discusses Afrofuturism and the radical nature of Black people imagining their futures in the face of historical and ongoing oppression. Her book “Brown Girl in the Ring” is the source for another upcoming movie, this one by filmmaker Sharon Lewis: “Brown Girl Begins”. Watch the trailer below:

If the Black Panther movie has made you want to check out the comics, you can also branch into our next Change Maker’s work there: Nnedi Okarafor recently began writing “Black Panther: Long Live the King”, but she’s won awards aplenty for her previous work. Her book “Who Fears Death” has been optioned for a screen adaptation by HBO, but why wait when you can read it now? If you’re not ready for a whole book (we know you’re reading “Black Reconstruction in America” with us), you can even get a taste of Okarafor’s work in this short story on Slate.

Finally, a taste of both African excellence and change making in art from Zimbabwe. Kudzai Chiurai is an incredible artist who works with mixed media to make visually stunning, captivating and very challenging works of art. A lot of his work is about discussing and challenging the colonial narrative, and also tackling issues of leadership within the African continent. He’s been hailed as the artist that stood up to Mugabe, and in one work imagines a different future/past of state and nation where there is a woman as head of State. Here he is talking about the work at its opening in Johannesburg.

What is incredible about his work is the same photographic quality and sharpness of a an image – a moment stolen in time – that at the same time has a strong narrative subverts old colonial one. It’s hard to take your eyes off these pieces. Kudzanai Chiruai piece Revelations XII, 2011 from the Revelations series at the Goodman Gallery in Johannesburg.